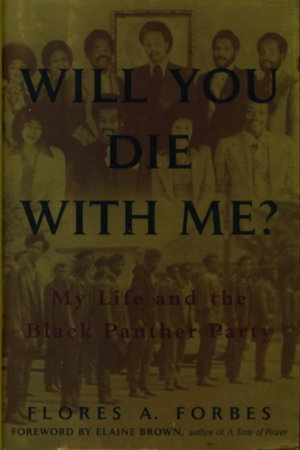 WILL YOU DIE WITH ME? My Life and the Black Panther Party.

New York: Atria Books, (2006.) dj. SIGNED hardcover - An inside account of the Black Panther party by one of the organization's central committee members, and a personal account of a young man, angered by the racism he saw everywhere in his native San Diego, who became a revolutionary and an activist. SIGNED on the title page by Elaine Brown, who wrote the foreword. Brown became Chairman of the Black Panthers in 1974. the first woman to hold such a position, and she remains an activist. Photographs. Chronology, index.xi, 302 pp. ISBN: 0-7434-82662.