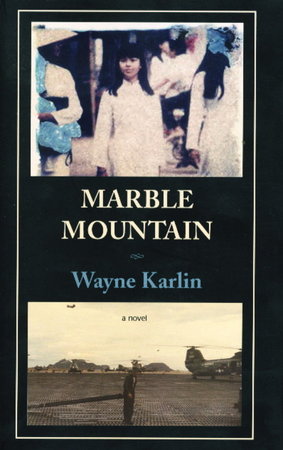 Willimantic, CT: Curbstone Press, (2008.). First edition - From the back cover: "Marble Mountain reads like a detective story as the protagonist, Kiet Hallam, an adopted daughter of African American and Vietnamese descent, searches for her true identity. Set in both America and Vietnam, and written from the perspective of both Americans and Vietnamese affected by the war, "Marble Mountain" explores the lasting damages of war to the soldiers who fought on both sides, to their families, and to the displaced and wounded children born during their parents' conflict. Kiet and her adoptive father, Alex Hallam - a Vietnam veteran working out his own tormented past through his passion for sculpting - travel to Vietnam." Marble Mountain is a formation near Danang that is famous for its stone carvers and cave shrines. Cover praise from Maxine Hong Kingston. Author's note. 262 pp. ISBN: 1931896437.