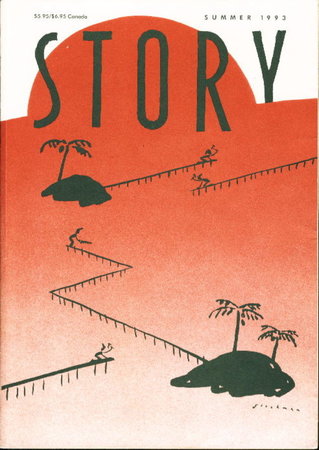 Cincinnati: F & W Publications, 1993. SIGNED first edition - Originally established in 1931 by Whit Burnett and Martha Foley, STORY magazine was noted for publishing strong fiction by new and established authors. In the fall of 1989, after a gap of 22 years, it was revived by Richard and Lois Rosenthal. SIGNED by Dani Shapiro at her story 'The Way Women Laugh.' Also includes stories by Evan S. Connell, Robert Olmstead, Alyson Hagy, Elizabeth Cox, Steve Amick and others. Notes on the contributors. 128 pp. We specialize in literary journals, and have many others - including many not yet catalogued and listed on line.

Condition: Near fine in illustrated wrappers.