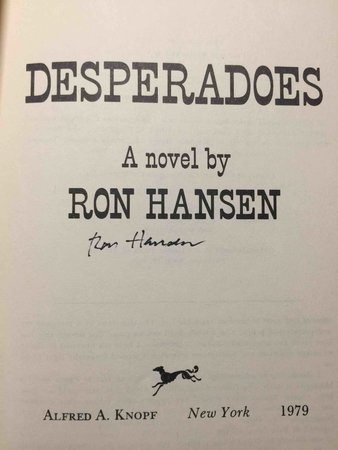 New York: Alfred A. Knopf, 1979. SIGNED - Hansen's highly praised first novel - in it "one of the legends of [the West] comes alive again - the story of the notorious outlaw gang, the Daltons, from their hardscrabble beginnings to the final, terrible morning when all but one of the boys are shot down and snuffed out in the fatal raid on Coffeyville, Kansas." This book is told in the voice of the surviving brother - the youngest of the Daltons. SIGNED on the title page. 273 pp. Wraparound cover art by Wendell Minor.