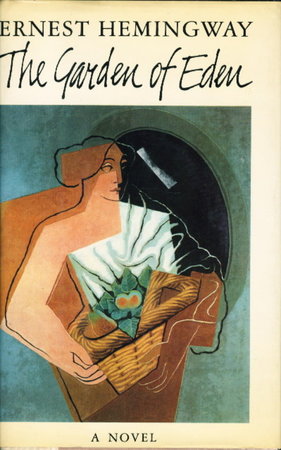 THE GARDEN OF EDEN.

New York: Charles Scribner's Sons, (1986.) dj. Hardcover - A novel which Hemingway began working on in 1946 but which was not published until 25 years after his death. The story of a young American and his wife on an extended honeymoon in Mediterranean France and Spain parallels events in the life of Hemingway during his first marriage while he and Hadley were living in Europe. Although the publisher's note mentions that they 'made some cuts' in the manuscript, in reality they discarded almost two-thirds of the 1500 pages left by Hemingway. 240 pp. Dust jacket cover illustration of "Woman with a Basket" by Juan Gris. ISBN: 0-684186934.

Condition: Near fine in a near fine dust jacket. (prev owner's name, mostly hidden by the dj flap, some toning to the dj.)