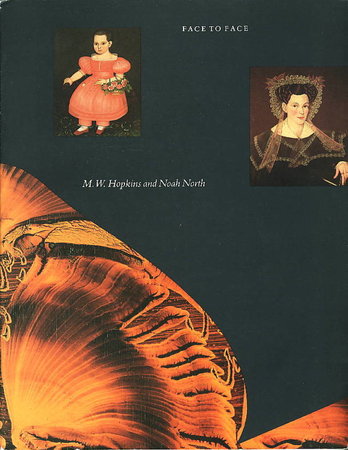 Lexington, MA: Museum of Our National Heritage, 1989. First edition - Monograph on these two nineteenth century upstate New York portrait painters, issued in conjuction with an exhibition of their work. As mention in the introduction by Barbara Franco, this represents the culmination of 13 years of research and its publication comes at a time when there is increasing debate about the definition and significance of folk art. In addition to many plates - including 8 in full color - of the works of these two "naive" or primitive artists, there is much information on their lives and that of their sitters by Jacqueline Oak. Also includes essays on 'The Genesee Country, 1790-1860' by William H. SIles, on 'Artisan Painting in America' by Mary Black, on 'The Daguerrotype as a Portrait Medium' by Grant Romer and more, 124 pp. ISBN: 0-962110779.