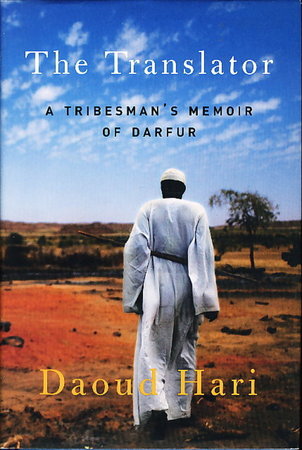 THE TRANSLATOR: A Tribesman's Memoir of Darfur.

New York: Random House, (2008.) dj. Hardcover first edition - Hari, a Zagewa tribesman, grew up in the Darfur region of Sudan. After fleeing from his home, his family decimated and dispersed, among thousands of others villagers attacked by Sudanese-government backed militia groups, he used his high school English to eventually become the translator and guide in Darfur for journalists for The New York Times, NBC, and the BBC. He risked his life over and over again to ensure that the story of his people was told. Appendix. xii, 204 pp. ISBN: 9781400067442.