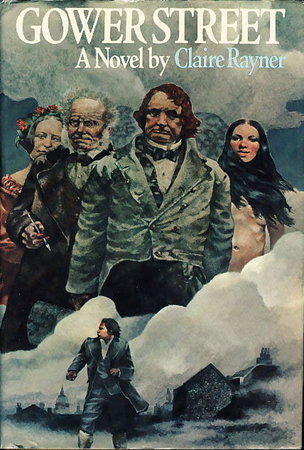 New York: Simon & Schuster, (1973.) dj. Hardcover first edition - From the dustjacket: "Set against the sprawling London of the early years of the [19th] century, Gower Street magnificently re-creates the turbulent life of the theater and the medical world of the time as it follows the careers of two ambitious 'guttersnipes' who seek to make their fortunes: Abel Lackland, whose foray into bodysnatching awakens him to an interest in the sinister new art of surgery, and Lilith Lucas, born Lil Burnell, who will let nothing stand in the way of her rising to be queen of the English stage." A satisfying novel in itself, but also the first in a planned series that will trace the courses of the two great dynasties founded by Lackland and Lucas. Wraparound dustjacket art by Brad Holland. 350 pp. ISBN: 0-671215507.