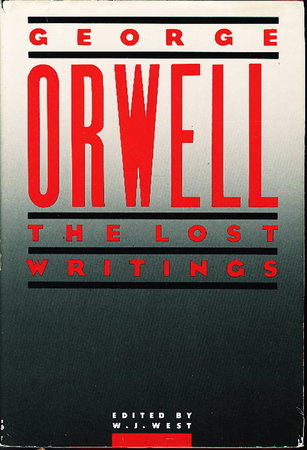 New York: Arbor House, (1985.) dj. Hardcover first edition - A collection of Orwell's letters, essays and broadcasts produced in the middle of World War II (from Aug 41 to Nov 43), and lost for years in the archives of the BBC. Prior to this discovery, it had been believed that Orwell gave up creative work during the war crisis. Edited by William J. West. Includes description of life in Britain during the war, letters to T.S. Eliot, E.M Forster and others (signed as both George Orwell and Eric Blair); imaginary interviews with Jonathan Swift, Jack London, dramatic adaptations, etc. Photographs, index. 304 pp. ISBN: 0-877957452.

Condition: Near fine in near fine dust jacket (prev owner's name, some wear to the dj at the ends of the spine.)