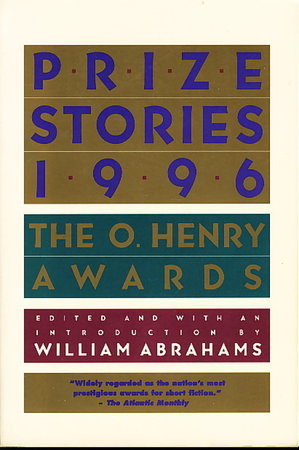 New York: Anchor Books, (1996.). SIGNED first edition - In addition to the prizewinners - with Stephen King winning first prize for 'The Man in the Black Suit' , this also includes stories by Akhil Sharma, William Hoffman, Joyce Carol Oates, T. J. McNally, Alice Adams, Jane Smiley, and more. SIGNED by TWO authors at their stories: Sharma at "If You Sing Like That for Me" (his first publiched story) and Mosley at "The Thief." Introduction by Abrahams. Biographical notes and comments by the authors. 387 pp. ISBN: 0-385-481829.

Condition: Near fine in glossy wrappers (usual toning to the pages.)