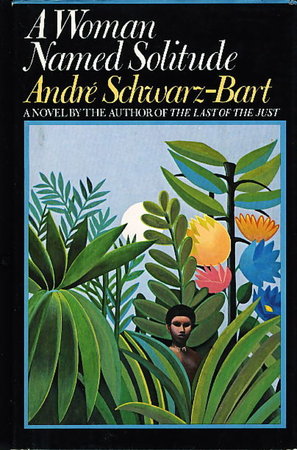 New York: Atheneum, 1973. dj. Hardcover first edition - Translated from the French by Ralph Manheim. A novel which "recreates, through fact and myth, a people's enslavement and humiliation, and the survival of their dignity in spite of everything. [It begins] in West Africa with the story of Bayangumay, a child learning the ways of her Diola culture, The tone changes drastically when the village is ransacked and the surviving members, including Bayangumay, are forced aboard a slave ship bound for the New World. Bayangumay arrives there to give birth to a mulatto child conceived aboard ship. That child is Solitude. Her life of enslavement and diaspora in the islands is the story of one of the most beautiful heroines of the black world." 179 pp. Dust jacket by Paul Bacon.

Condition: Very near fine in a very good dustjacket (price-clipped, crease on front flap of dj.)