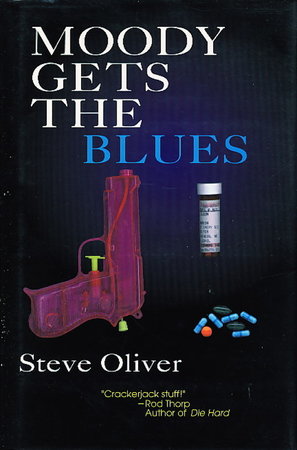 MOODY GETS THE BLUES.

Seattle: Off By One Press. (1996.) dj. SIGNED hardcover first edition - The author's very highly praised first book, featuring one of the most off-center detectives of modern times: "Scott Moody has a few problems. HeÕs fresh out of a mental hospital. His wife has left him. He drives a taxi and occupies a dumpy apartment. He lives in the obscure inland city of Spokane, Washington and takes frequent doses of Thorazine. He became a private investigator after hallucinations about Humphrey Bogart. Now heÕs involved with the police who donÕt think it was a good idea. .....a compelling, humorous mystery and also a portrait of the pathology of madness. Illustrations by the author. INSCRIBED TWICE on the title page "with best wishes" and "thanks for the help" and dated in the year of publication. 236 pp. ISBN: 0-9644138-7-6.