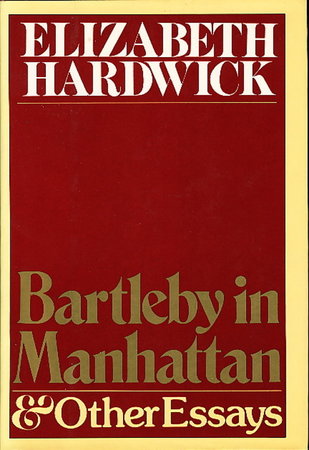 BARTLEBY IN MANHATTAN and Other Essays.

New York: Random House, (1983.) dj. Hardcover first edition - Collection of essays by this underrated, but important mid-20th century writer, wife of the poet Robert Lowell, novelist, one of the founders of the New York Review of Books and much. Incisive commentary on topics ranging from the Rolling Stones's concert at Altamont, Billy Graham and the television evangelists, to Memphis after the assassination of Martin Luther King, a protrait of Simone Weil, and essays on contemporary fiction and theatrical performances. Errata slip laid in. 292 pp. ISBN: 0-394528808.