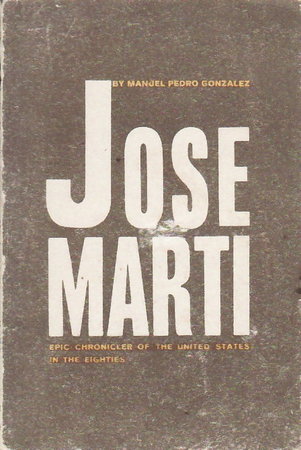 JOSE MARTI: Epic Chronicler of the United States in the Eighties.

Havana, Cuba: Center of Studies on Marti, 1961. Originally published by the University of North Carolina Press in 1953 for the North American public, this edition was designed to reach a wider audience. The first English language biography of the great Cuban patriot, author, poet, thinker and leader, focusing especially on the fifteen years Marti spent in the US - from 1881-1895, when he returned to Cuba and was killed in the fight for independence. Notes, xi, 79 pp.

Condition: Very good overall in wrappers (some rubbing and wear to the covers, contents near fine.)