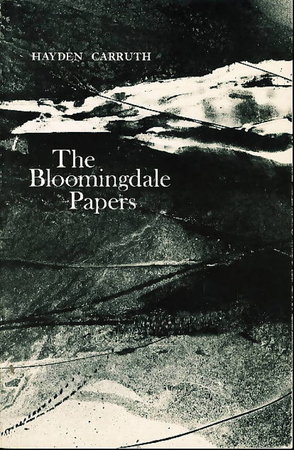 Athens: University of Georgia Press, (1975.). First edition - First publication of this long sequence of poems written in 1953 during the early period of Carruth's stay ' at the psychiatric branch of New York Hospital, still known familiarly at that time by the name it had had from its founding in the eighteenth century until about 1935: Bloomingdale.' Includes an 'Explanation and Apology, Twenty Years After' in which Carruth talks about that period and the history of the manuscript (which was thought lost). Wraparound cover is from Albert Christ-Janer's lithograph. 77 pp. ISBN: 0-8203036073.

Condition: Near fine (poet Elizabeth Harrod's name and date on the first page.)