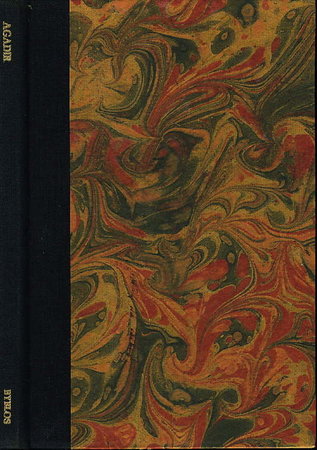 Pittsburgh: Byblos Editions II, (1979.). Hardcover first edition - A long narrative poem describing the events of the 1960 earthquake in Southern Morocco that detroyed the city of Agadir, Preface by William Jay Smith; translated from the Swedish by Smith and Leif Sjoberg. One of only 230 copies, Illustrated with a sepia-toned frontispiece by William Libby (details from the frontispiece are used in the book to separate sections. 55 pp. Fine in marble covered boards with linen spine. No dust jacket, likely as issued. One of 230 copies. With a

Condition: Near fine in red and gold marbleized papers with a black linen cloth spine,gilt lettering, in the original acetate wrapper (gift inscription on front endpaper, tear to acetate wrapper.)