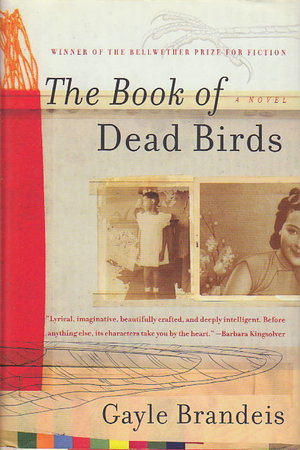 THE BOOK OF DEAD BIRDS.

New York: Harper Collins, (2003.) dj. Hardcover first edition - Author's first novel (second book). Set in Southern California, in San Diego and at the Salton Sea, this is the story of a mixed race young woman's struggle to come to terms with her mother's terrible past (as a forced prostitute in Korea) while she searches for her own place in the world. Praise from Barbara Kingsolver, Toni Morrison (who said this 'has an edgy beauty that enhances perfectly the seriousness of its contents), Susan Straight and Donna Gershten. Winner of the second annual Bellwether Prize for Fiction, an award in support of a literature of social responsibility sponsored by Barbara Kingsolver. ISBN: 0-06-0528036.