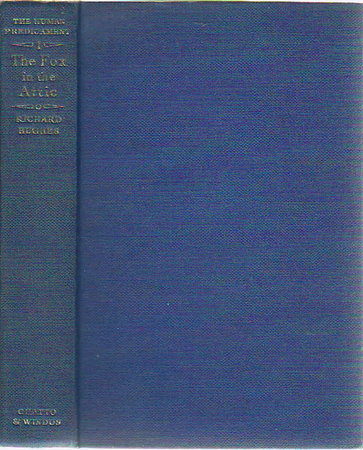 THE FOX IN THE ATTIC: The Human Predicament, Volume One.

London: Chatto & Windus, 1961. Hardcover first edition - Hughes first novel in 24 years, and the first in a series of novels that will cover the period from the first World War to the second. Set partly in 1923 Munich - the title refers to Hitler, hiding in an attic, awaiting arrest for his aborted beer-hall 'putsch.' 352 pp. Long and very favorable review from Time Magazine in 1962 laid in.