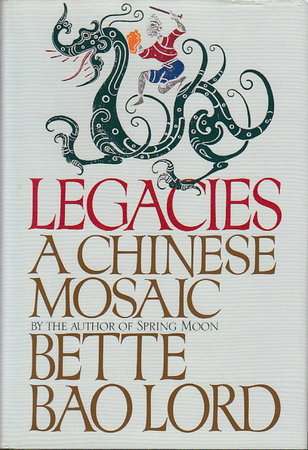 New York: Alfred A. Knopf, 1990. dj. Hardcover first edition - Memoir by this author who was born in Shanghai, raised in New York City from the age of eight, and who returned to China from 1985 to 1989 as the wife of American Ambassador Winston Lord. .Her Chinese relatives present a cross-section of the population, from high to low, communists to dissidents, heads of state to ordinary citizens, and in addition to telling her own story, she gives us glimpses that help to explain the enigma of China. Chronology of the 150 years of Chinese history from 1839. 245 pp. ISBN: 0-394583256.