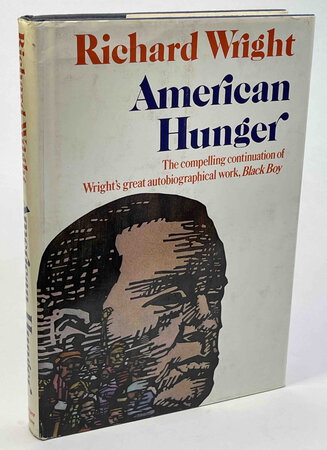 New York: Harper & Row, (1977.) dj. Hardcover first edition - Originally written in the 1940's and intended as part of Wright's great autobiography "Black Boy" this portion (which tells of his struggles in Chicago, his early days in the Communist party, and his break from them) was severed from the main autobiography before publication. Portions of this section appeared in periodicals, but this posthumous publication in the first printing of the entire book. Includes an afterword by Michael Fabre. 146 pp plus a 1 pp illustration of a page of the original manuscript. ISBN: 0-06-1047687.

Condition: Fine in a near fine dust jacket.