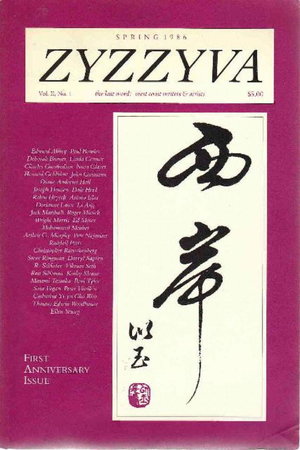 San Francisco: ZYZZYVA, Inc. 1986. First edition - The first anniversary issue of this interesting magazine - included are excerpts from novels-in-progress by Abbey (Confessions of a Barbarian), Seth (Golden Gate), a translation of a Mrabet story by Paul Bowles, poetry by Joseph Hansen (best known for his David Brandstetter mysteries), Ron Silliman, Deborah Brunner, Dorianne Laux and more. We specialize in literary journals, and have many others - including many not yet catalogued and listed on line.