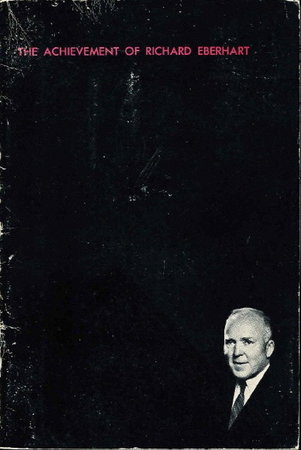 THE ACHIEVEMENT OF RICHARD EBERHART: A Comprehensive Selection of His Poems with a Critical Introduction.

Glenview, IL: Scott, Foresman and Company, (1968.). First edition - Includes biographical notes and an introduction to the work of Eberhart (who won both the Pulitzer Prize and the National Book Award for his work) as well as selections of his poems (including a section of poems which had not previously been published in book form.) A title in The Modern Poets Series under the general editorship of William J. Martz. Index of first lines and titles. Review copy with publisher's slip tipped inside front cover. 86 pp.

Condition: Good only in illustrated black wrappers - rubbing and wear to the covers, contents clean.