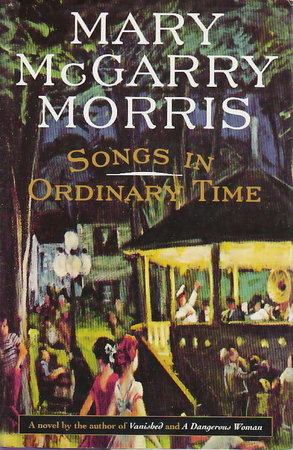 New York: The Viking Press, (1995.) dj. SIGNED hardcover first edition - New England writer's third novel, INSCRIBED on the title page. From the flap: 'Mary McGarry Morris has been compared to John Steinbeck and Carson McCullers. In her new novel-an ode to an American family, which in spite of turmoil and confusion refuses to be defeated-she weaves a tight and flawless tale that reveals the passionate and totally abosorbing story of the Fermoyles and of life in the small town of Atkinson, Vermont.... set in the summer of 1960-the last quiet times and America's innocence. It centers on Marie Fermoyle, a strong but vulnerable divorced woman whose loneliness and ambition for her children make her easy prey for the dangerous con man Omar Duvall.' This is the first printing, which preceded Oprah's rather problematical selection of this book - both because it was out of print at the time and because of its length. Nevertheless, this is a wonderful book, incredibly evocative of a place and era not quite forgotten - the title refers to the ritual of the Catholic Church for days which are not recognized as holy - 'ordinary time.' Despite it's length - at 740 pages - this is virtually impossible to put down. ISBN: 0-67086014X.