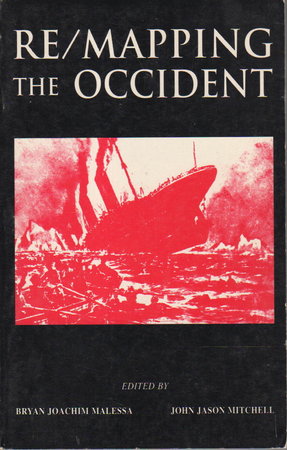 RE / MAPPING THE OCCIDENT.

Berkeley, CA: University of California Press, (1995.). SIGNED first edition - 'The Occident' is the name of the literary journal published by the University of California since 1881 - although often sporadically. In the early years, it published such writers as Bret Harte and Jack London, and in the 70's and 80's, contributors included Allen Ginsburg, Gary Snyder, Joan Didion, Raymond Carver and many others. This issue both continues the tradition of publishing good and sometimes controversial writers and also looks at the 'shifting map' of the Occident and invited writers from outside the European-American perspective to contribute 'in any form.' The diverse voices found here include Kathy Acker, Ann Banfield, Omar Castaneda ,Jewell Gomez.Thom Gunn, Yusef Komunyaaka, Gordon Lish, Heather McHugh Bharati Mukherjee, Gloria Naylor, Ismael Reed, Alberto Rios, Peter Spagnuolo, Gerald Vizenor, John Yau and others. SIGNED by TWO authors; Alberto Rivera Rios at his contribution "The Tooth" and Jewelle Gomez at "Two Poems." Notes on contributors. 192 pp. We specialize in literary journals, and have many others - including many not yet catalogued and listed on line.