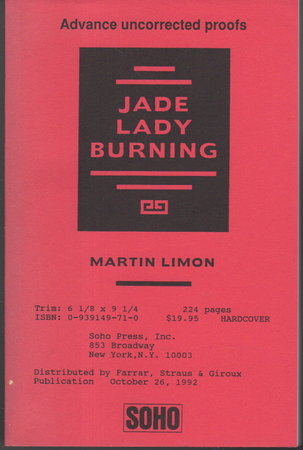 New York: Soho, 1992. SIGNED first edition - The author's first novel - and one of the best debuts I have read - to quote from the publicity material: "the seamy side of US military life in postwar Korea is vividly described ..as two beer-swilling army CID detectives attempt to track down leads in the torture/murder of a Korean woman." SIGNED on the title page. A New York Times Notable book. An uncommon advance issue. 224 pp.