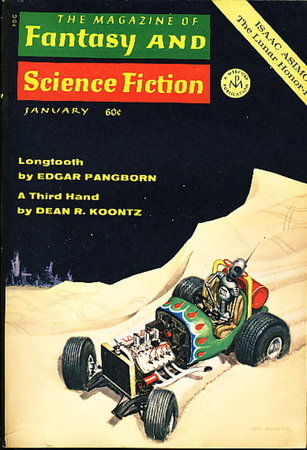 A THIRD HAND in The Magazine of Fantasy and Science Fiction, January 1970.

Condition: Very near fine - a beautiful bright and straight copy.