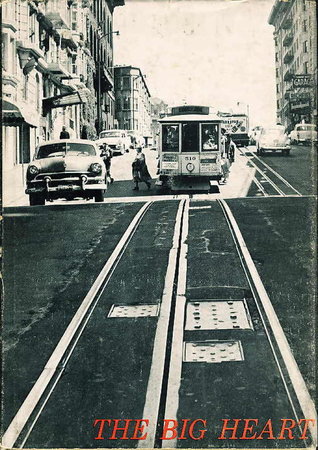 San Francisco: Fearon Publishers, (1957.) dj. SIGNED hardcover first edition - An unusual work for Ruth Bernard (published just a few years after she moved to San Francisco, where she spent the rest of her life): a photo-essay on San Francisco's cable cars and the people who ride them, narrated by young cable car gripman Melvin Van, with unposed black and white photographs by Bernhard on every page. The first book (written when he was just 25) by the independent African American film director and producer, Melvin Van Peebles. SIGNED on the front endpaper by Bernhard with the words "to one who knows" and dated January 24, 1958. A rather uncommon book, and especially so signed by Bernhard. Slightly oversized format, 10 1/4 inches tall by 7 3/16 inches wide. 78 pp.

Condition: Near fine in a near fine photographic dustjacket.