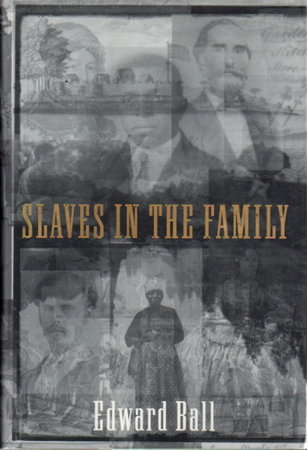 SLAVES IN THE FAMILY.

New York: Farrar, Straus & Giroux, (1998.) dj. Hardcover first edition - The author's first book, winner of the 1998 National Book Award. From the dj flap: this "is the story of one man's exploration of his family's slave-owning past and his search for the descendants of the people his family ket as slaves. In 1698, Elias Ball traveled from his home in devon, England, to Charleston, Carolina to take possession of his inheritance: part of a plantation and twenty slaves. Elias and his progeny built an American dynasty that lasted six generations, acquiring more than twenty plantations along the Cooper River near Charleston, selling rice known as Carolina Gold, and enslaving close to four thousand Africans ans African-Americans until 1865, when Union troops arrived on the lawns of Balls' estates to force emancipation. ... A nonfiction American saga that is part history, part journey of discovery. This is the story of black and white families who have lived side-by-side through three hundred years.." Illustrated with black and white photographs. Genealogy charts, notes, index. 495 pp. Illustrated endpapers. ISBN: 0-374-265828.