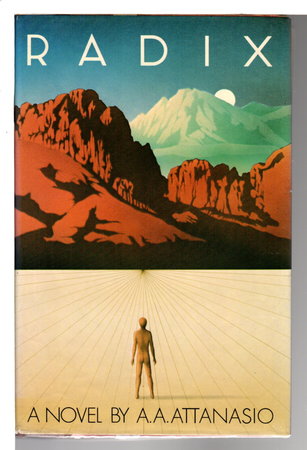 New York: Morrow, 1981. dj. Hardcover first edition - His first novel, and probably his best so far, set 13 centuries in the future on an earth devasted by alien energy, and populated by mutated humans. Nominated for the Nebula Award. Very uncommon in the hardcover edition, since this was published simultaneous in both hardcover and trade paperback. Reportedly the first hardcover publication was only 1000 copies, and many, if not most, probably went to libraries as this copy did. Attractive dust jacket art by Fred Marcellino. 467 pp. ISBN: 0-688001351.

Condition: Ex-library with markings and significant reading wear, but in a very good unmarked dust jacket (some toning to bottom edge of dj.)