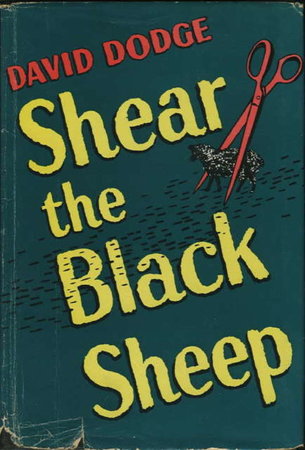 New York: Macmillan, 1942. dj. Hardcover first edition - California author's second book - and the second of 4 featuring James 'Whit' Whitney, C.P.A. as detective. Dodge, an accountant himself, wrote his first mystery as a bet with his wife - and his fast-moving, and only semi-seriously hard-boiled first novel garnered him many comparisons to Dashiell Hammett and The Thin Man - as least partially because of the amount of alcohol consumed and the witty reparte between Whitney and his girl friend Kitty MacLeod. He went on to write darker mysteries, and is best known now for his 1952 novel 'To Catch a Thief' which was the basis for the Alfred Hitchcock film starring Cary Grant and Grace Kelly.

Condition: Good only in fair only dust jacket (from a private lending library, with 1 small stamp, but some discoloration to the endpapers from the old-fashioned brodart cover originally put on this, some spine slant, in a dustjacket with several chips to the bottom edge but a bright front panel.) Many flaws, but still a reasonable copy of a title very uncommon in the hardcover first edition in any condition, and especially hard to find in a dustjacket.