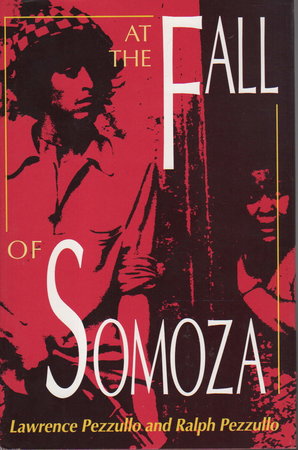 AT THE FALL OF SOMOZA.

Pittsburgh, PA: University of Pittsburgh Press, (1994.) dj. Hardcover - An account of the end of the 40 year regime of Nicaragua's dictator, Anastasio Somoza Debayle, told by the US ambassador who was sent there in June 1979 primarily to negotiate his abdication. However, this book, written by Ambassador Pezzulo and his son, a playwright and novelist, also draws on many unpublished Spanish language journals and eyewitnesses accounts of the people of Nicaragua - Sandinistas, National Guardsmen, the Archbishop of Managua, city people and peasants - and it also attempts to answer the questions of why the United States was so involved in this small Central American country, and why the US was so ineffective there. A title in the Pitt Latin American series. Frontispiece, map, photographs, extensive notes, index. 303 pp. ISBN: 0-8229-37565.