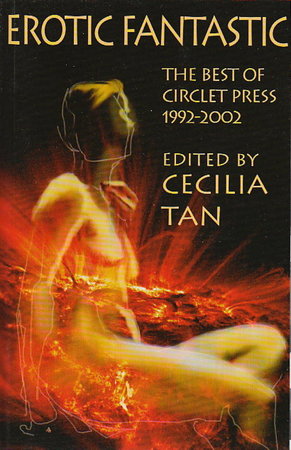 Cambridge, MA: Circlet Press, 2003. SIGNED first edition - An anthology containing 23 of the best stories, published by Circlet Press in the first 10 years of its existence - among the contributors are Francesca Lia Block, Evan Hollander, Laura Antoniou, Catherine Asaro and others. SIGNED by TWO authors: on the title page by editor and founder of the press, Cecilia Tan, and by Francesca Lia Block at her story "Milagro." Laid in is a catalogue of the press's offerings. Notes on the contributors. 344 pp. ISBN: 1885865449.