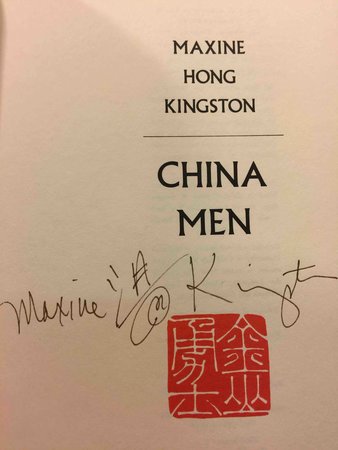 New York: Alfred A. Knopf, 1980. dj. SIGNED hardcover first edition - Her second book, the story of the men in her family as they became American - her great-grandfather in Hawaii, her grandfather who worked building the railroads in the Sierras for years - and was then lynched, one uncle who was an ex-riverboat pirate, another who returned to China, and more. SIGNED on the title page, with initialed correction on page 304. ISBN: 0-394-424638.

Condition: Near fine in near fine dust jacket. Winner of the National Book Award for non-fiction.