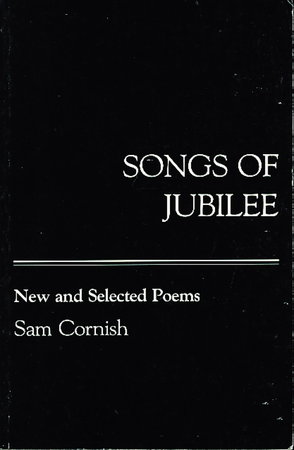 Greensboro, NC: Unicorn Press, 1986. SIGNED first edition - A series of poems which tell the history of blacks in America - included are sections on the Underground Railroad, Nat Turner, Harriet Tubman, Cornish's own family, and commentaries on modern events. SIGNED on the title page by Cornish (who in 2008 received some of the recognition he deserved when he was named the first Poet Laureate of Boston.) 85 pp. ISBN: 0-87775-196x.