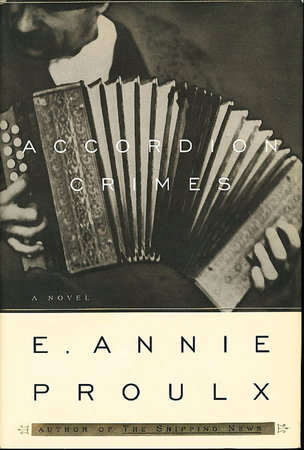 New York: Scribner's, 1996. dj. Hardcover first edition - A novel which spams a century and a continent: it opens in 1890 as a Sicilian accordion maker completes his finest instrument, but just a year later after he and his son immigrated to New Orleans, the accordion maker is lynched by anti-Italian mob, and the accordion falls into the hands of other immigrants - Germans in Iowa - and 'sees' more crimes and violence. ISBN: 0-684-195488.

Condition: Near fine in a near fine dust jacket (remainder mark)