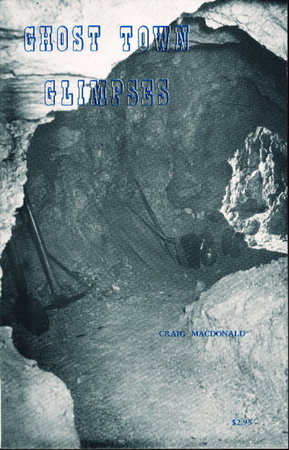 San Francisco: Anthelion Press, Inc. (1975.). First edition - Stories of the California gold mining towns in the Mother Lode country of the Sierra foothills - both their colorful past, and the often picturesque remains. Among the towns written about are Drytown, Copperopolis, Volcano, Fiddletown, Placerville and more - and the characters include bandits like Murieta and Black Bart, the first baby born at the diggings, as well as the miners themselves. Photographs. 100 pages. ISBN: 0-89185-0058.