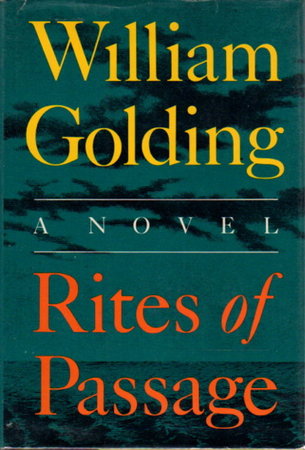 New York: Farrar Straus Giroux, 1980 dj. Hardcover first edition - Set on an aged ship during the Napoleonic era, which is making its way from England to the Antipodes - a fascinating study of life in a stratified society-in-miniature on board the ship. In 1983, Golding was awarded the Nobel Prize in literature. 278 pp. ISBN: 0-374-250863.

Condition: Near fine in a very good (line on upper edge of text block, bit of wear to dj, especially at top of spine.)